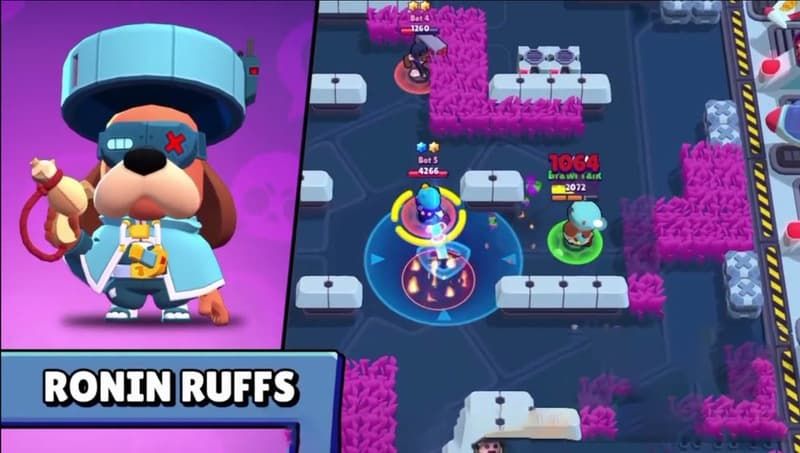 Colonel Ruffs is now being announced as the new brawler, but he appeared in the game a few months ago, in the 8-BIT mini game , in one of the game’s phases. Apparently it was a draft of the pre-alpha version of the game.

But now talking about what was revealed during the Brawl Talk, this brawler is the colonel of the Starr Force Ship. He is very strategic and of chromatic rarity and looks like a dog.

Attack: It fires a double laser shot. These laser beams can bounce off the walls, just like the rich brawler, but a little different, since the laser is double and can create interesting situations.

Super: And since Colonel Ruffs is a support brawler, he can call in air reinforcements with his super. When using, he throws a signal box at the desired location, which indicates the reinforcement where he must hit with a missile, which causes damage to enemies and leaves an accelerator for his allies to use.

And as this season of the Brawl Pass will have a space theme, the skins will also arrive to put the game even more in the mood. We will have the D4R-RY1 and the Samurai Ruffs. 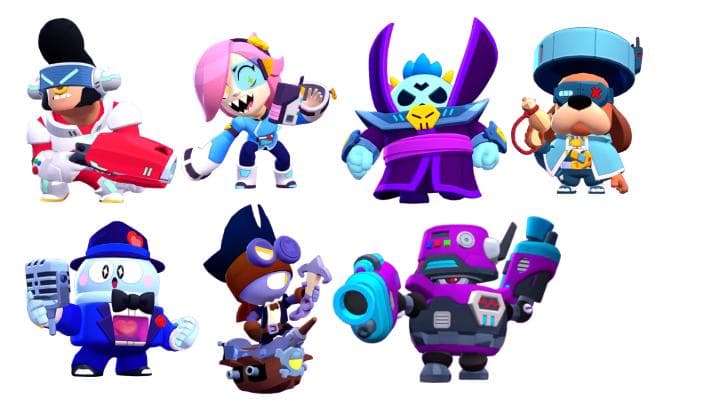 In addition, the lunar new year will happen soon and skins have already been announced for the event, being them the Star Cadet Bull, Colette Pilot and Spike of Darkness. Values ​​and dates have not yet been revealed, but soon we will have a post on the subject.

A new look for Carl, which can be achieved with stellar points will also be made available with this update. It will be Carl Blackbeard. And on Valentine’s Day they will launch Lou Charmoso. See the visuals below:

And as expected, we will have a new edition of the World Championship Challenge. The first will start in February and those who pass the first stage can continue playing in the championship in the game.

8 New accessories over the next few weeks

And if you have followed the launch of the secondary accessories in the last few months, now the game team will launch another 8 new secondary accessories for several brawlers. The launches will happen in the coming weeks and you can vote on which ones should come out first and follow everything here on the site first hand.

But in advance, secondary accessories will be launched for:

With last month’s update , Supercell has started to make brawler emotes lively, but they are doing it little by little. And in this update some brawlers will get animated reactions, including Nita, Piper, Jessie, Pam, Spike and Bibi.

And new reactions will also be launched with a lunar new year theme :